The President, Nigeria Weightlifting Federation, NWF Dr Abdul Ibrahim has charged the Nigeria lifters to the 2021 World Weightlifting Championship to compete clean and do the nation proud.

The president gave the advice on Tuesday when he visited the camp of the athlete on Lokoja, Kogi State.

“It is close to a month since you started camping and today I decided to come and see you, to be with you and see how you are doing. I had wanted to come earlier than now but the IGP Open Weightlifting Championship we just had took part of my time. 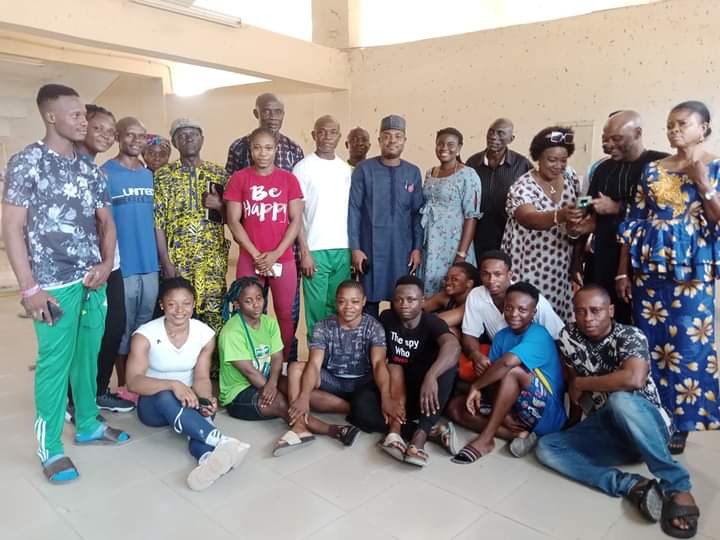 “But today, I decided to be here with other board members and coaches to be with you. First of all, I want to you all for your sacrifices. I know it is easy especially when you cannot have everything boy need but it is part of the sacrifices you undergo in order to reach your target.

“However, as the World Championship draws closer, I want you to remain focused and be ready to do the country proud. When you win, everybody will rally around you and you become a celebrity.

“The country will celebrate you and you will be great,” he said

The president further noted that despite paucity of fund, he would make sure that they participated in the global competition.

“The only promise I will make to you is that we will participate in the championship, in spite of financial difficulties. However the only thing I request from you in return are medals.

“I trust in your capacity, I know the people we put together here, we will do everything possible to support and encourage you.”

The president explained why the federation decided to camp them in Lokoja. “The reason we chose Lokoja is to avoid distractions. It is really calm and peaceful here. Whatever are your challenges will be looked into them.”

On her part, a board member of the federation, Ms Hulda Nkwocha told the lifters that the best athlete in the world is the one who wins without using drug.

“I was once an athlete like you. The best athletes is the one that wins without drug. If you have history of drug, there are places you can’t entre.

“I thank you for the sacrifices you are making. You are not after what you are to gain and that is noted. Weightlifting did not go to Tokyo Olympics and that should be a ground for us to make a statement at the Uzbekistan championship,” she said 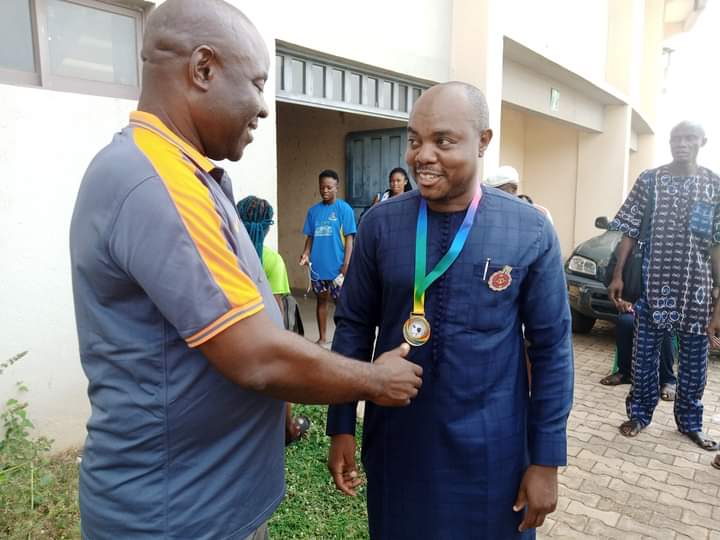 On his part, the technical director of the federation, Nwadeih Chris thanked the president and the board members for the time to visit the camp which he said will go along way in boosting the moral of the athletes.

He said that the camping was the first time the athletes are having in long period due to lack of fund noting that weightlifting is a sport the athletes will improve progressively adding that they are in good spirits and not under any pressure.

He added “Drug intake is not fashionable and for drug user, there is no hiding place.”

He recalled how the international anti-doping body had taken retrospective action against drug users adding that use of drug is unacceptable.

He promised “that the team will make the country proud in both World Championship as well as the Commonwealth Games in England.”

Speaking on behalf of the athletes, Ms Olarinoye Adenike, who is an athletes representative on the board, thanked the president and his team for the visit. 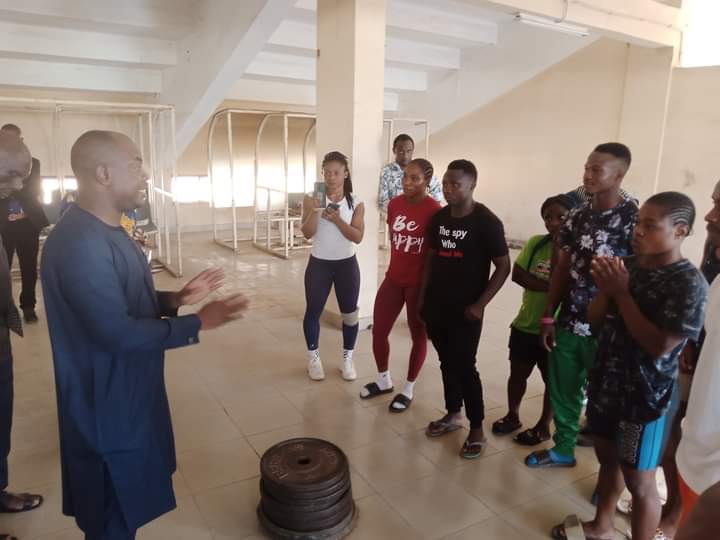 The President addressing the lifters

She expressed delight over the visit and promised that the athletes will not only do the nation proud but also compete clean.

“We are very happy for this visit, sir. This is a great motivation for us.

“We don’t have challenges in the camp. We are focused. Our coaches are doing great. We promise to do the country proud and also compete clean,” she said.

Ahead if the 2021 World Weightlifting Championship in Uzbekistan, the Nigeria Weightlifting Federation, NWF called seven lifters to camp since October 7th.

The 2021 World Weightlifting Championships is scheduled to hold from 7 to 17 December in Tashkent, Uzbekistan.