Contrary to the court injunction, the embattled Chariman of the Caretaker Committee of the Badminton Federation of Nigeria ( BFN) Francis Orbih has defied court orders as he is set to inaugurate sub-committees for the badminton federation.

In a letter dated 10th of November 2021 and signed by the Secretary General of badminton federation, Obillor C. Lillian under the leadership of Orbih, selected members of the various sub-committees were notified about their appointment as a date for their inauguration via Zoom is expected to be communicated to them according to the letter sighted by our correspondent.

It should be noted that, the Federal High Court sitting in Abuja earlier declared the Caretaker Committee of the BFN illegal, restraining the committee from performing any badminton function.

This was confirmed in the court injunction dated 25th October 2021 addressed to the sports minister Sunday Dare, the BFN, the electoral committee of the sports ministry, chairman election guidelines committee and former BFN president, Francis Orbih.

The injunction was signed by the presiding Judge, Hon. Justice I.E Ekwo

Major stakeholders wondered why Orbih who is a legal practitioner would go ahead to defiled the court order as they also fingered the Secretary General, of badminton federation Obillor C. Lillian of fueling the crisis of the federation with the backing of the sports ministry.

Recall that Orbih was dragged to court following his alleged fraudulent practices, misappropriation of funds and lack of accountability during his reign as the BFN’s president from 2017 to 2021.

below are copies of the letters obtained by Best Choice Sports 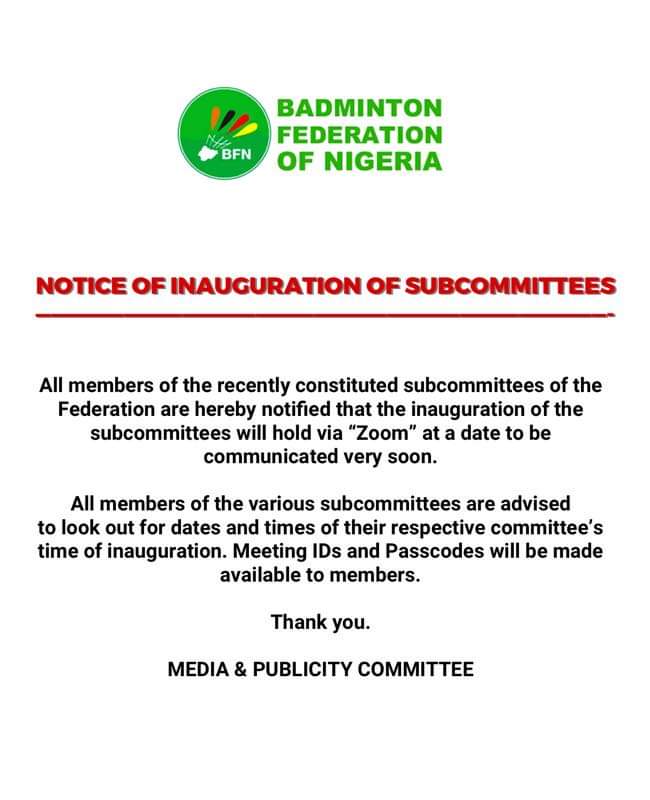