Africa’s number one ranked tennis player, Aruna Quadri on Thursday morning qualified for the Round of 32.of the ongoing International Table Tennis Federation, ITTF, www.bestchoicesports.com.ng can report

Aruna defeated his opponent in 2 rounds as he progresses to the last 32 in the men’s singles.

In the men’s double, Nigeria’s duo of Olajide Omotayo and Bode Abiodun fought had against India’s Harmeet Desai and Almaraj Anthony in the round of 64 as they won the match to also book a place in the last 32. 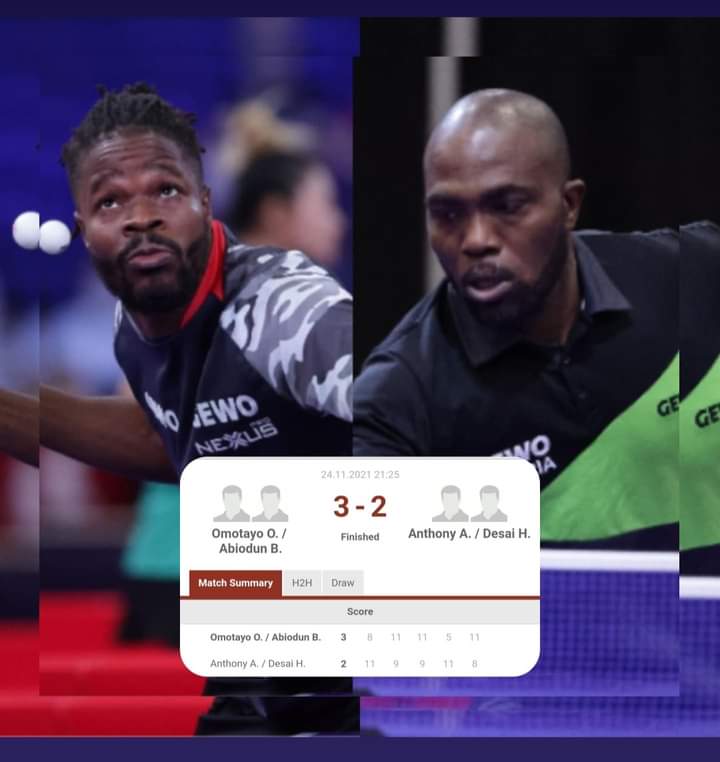 Olajide Omotayo and Bode Abiodun progressed in the men’s double

The Nigerian duo fought from a game down to finish strong to snatch the win and a ticket into the next round.

Africa’s top ranked player, Quadri defeated 152nd ranked Belarusian Aleksandr Khanin in the first round and having reached the 3rd round in 2019 where he lost to world No.1 Fan Zhendong in Hungary, the 13th seed has now surpassed the 3rd round jinx at the championships

The 2021 World Table Tennis Championships is held in Houston, United States from 23 to 29 November.

It is the 56th edition of the championships and the first time the competition is held in the United States. Houston became the host by beating Agadir, Morocco in 2019.