The IWF World Championship in Tashkent, Uzbekistan which started on Tuesday last week also serves as the 2022 Commonwealth Games qualifier.

The 17-year old lifter who competed in the 71kg category won Commonwealth Championship gold medal with a total lift of 230kg.

She also set another world youth record in the total with a lift of 230 kg. 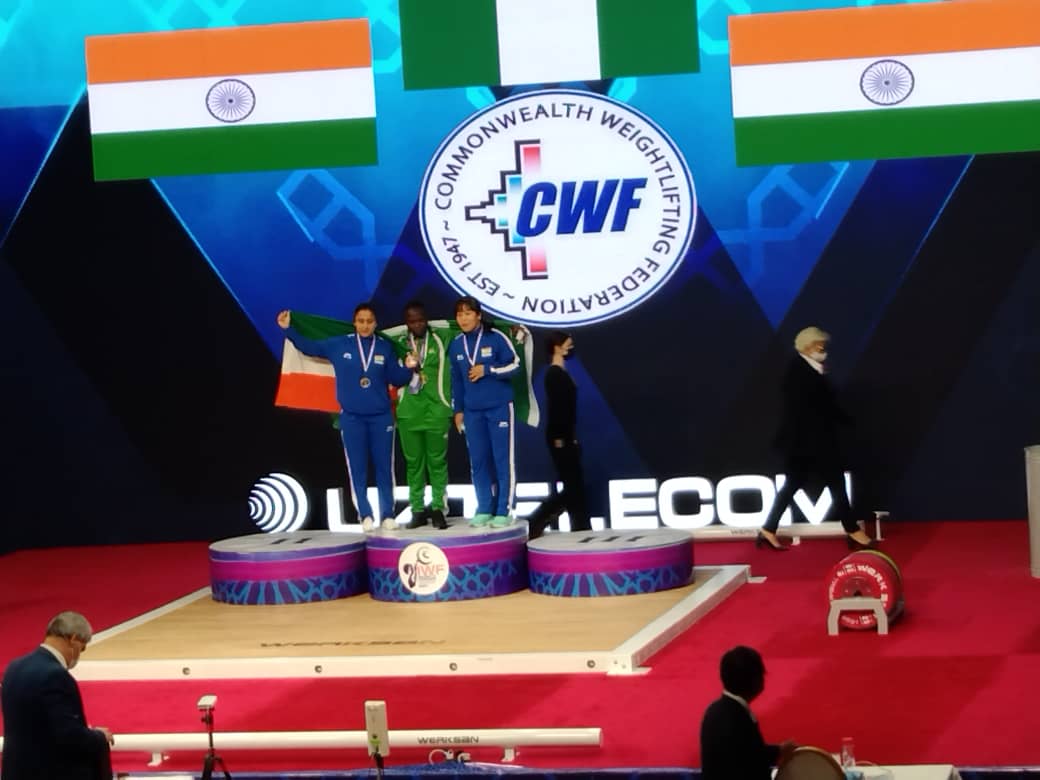 Eze who won three gold medals in the 2019 Africa Games in Morocco while speaking with the Nigeria Weightlifting Federation, NWF media before her Monday competition said her motivation was to win.

Currently Nigeria have 4 medals in the IWF – a silver and three bronze while she has five medals on the Commonwealth Championship – 4 gold and a silver.

Nigeria will today seek to consolidate her medal hauls as Liadi Taiwo will compete in the 76kg women category.

She will weigh in by 9am, (1pm Nigerian Time) while competition will start two hours later by 3pm