Super Eagles winger, Samuel Chukwueze’s ambition of lifting the UEFA Champions League looks a tall mountain to climb as his club, Villarreal has been drawn to face 2017 finalists and Italian giants, Juventus in the Round of 16.

In the draw made on Monday, Villarreal – Europa League winners – will face the former Italian Serie A champions in the knockout statge.

It is the first time the Yellow Submarines are reaching the knockout statge of the Champions League after previously playing in the quarter-final in 2009 season.

Chukwueze’s is seeking to become the 4th Nigerian player to win the UEFA Champions League after the likes of Finidi George, Nwankwo Kanu and Mikel Obi clinched the trophy with their respective clubs, Ajax and Chelsea.

Chukwueze is expected to play a prominent role in the Villarreal’s quest to conquer Europe but that would depend on if they could navigate the hurdle posed by the Old Ladies who are obsessed with winning the continental trophy. 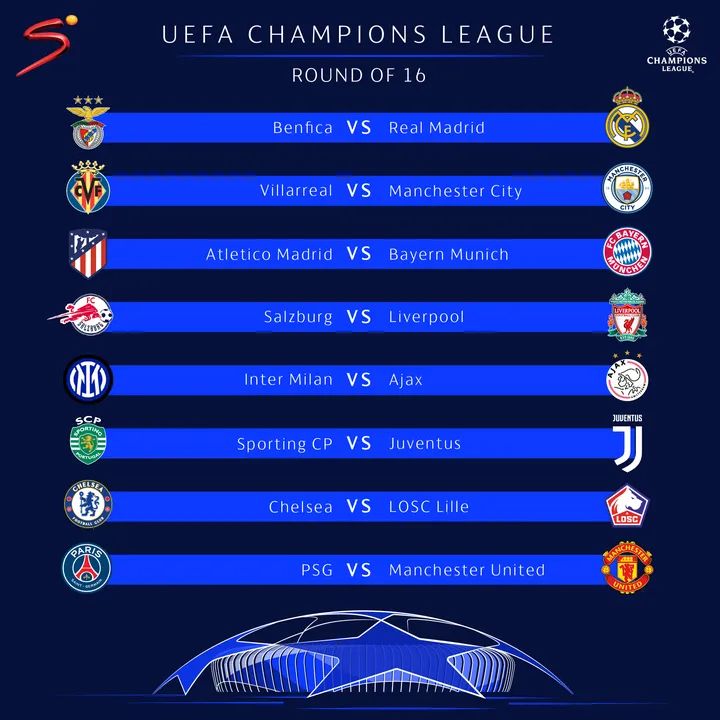 Chelsea are the only English side to play their first leg at home, with the other three all away after winning their groups.

In the standout tie of the round, 13-time champions Real Madrid come up against French powerhouse Paris St-Germain.

2022 UEFA Champions League final will take place in St Petersburg, Russia, on 28 May.

Holders Chelsea will play French side Lille in the Champions League last 16 after the draw for the knockout stages took place for a second time.