Africa’s Pillar of Sports and former Abia State Governor, Senator Orji Uzor Kalu has promised a gift of one million naira to Enyimba International FC if they defeat Lybia side, Al Ittihad in the first leg, play-off of the CAF Confederation Cup, www.bestchoicesports.com.ng can report.

The People’s Elephant will face the North Africans in Aba, Abia State on Sunday, December 5.

The former Governor, under whose leadership, the Aba-based club conquered the continent back-to-back in 2003 and 2004 CAF Champions League seasons, said that victory in the match is very important to Nigerians and the people of Abia State, adding that he will congratulate the players with N1, 000, 000.00 if they come out victorious in the encounter.

The Senate Chief Whip wished the sports loving people of Abia State including the Commissioner for sports all the best as the most successful club in the Nigeria Professional Football League, NPFL seeks to reach the group stage of the CAF second tier league.

“As Enyimba FC hosts Tunisians (Libyans) in Aba tomorrow, coming out victorious in the match is very important to us .

“I will congratulate the players with one million naira if they win the match . 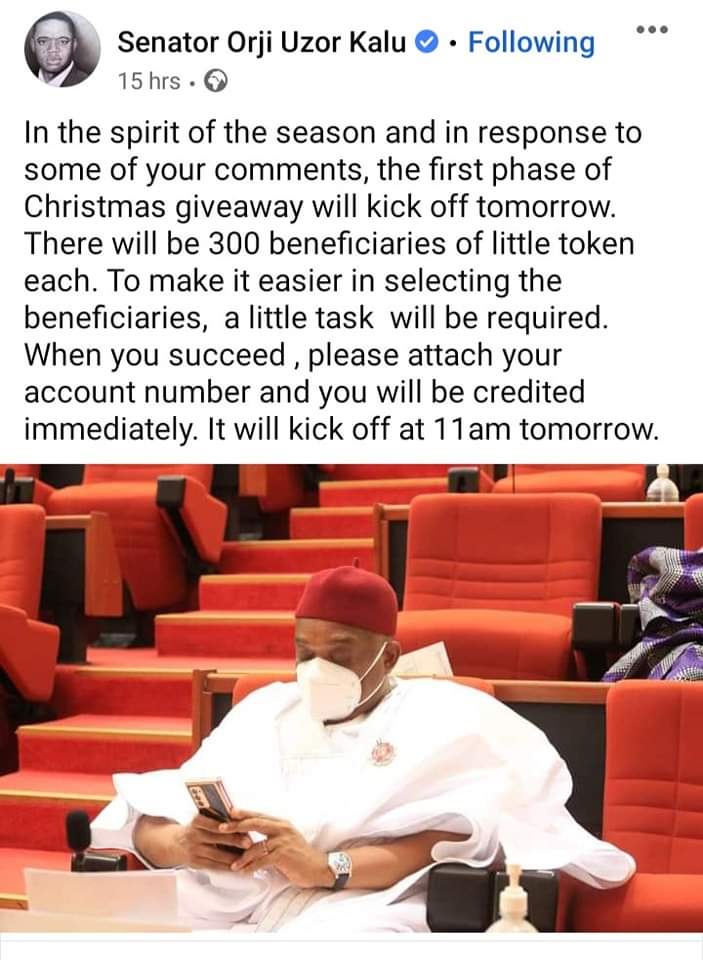 “I wish the coach, the commissioner of sports and all loving fans of Enyimba well,” the Senator said.

Enyimba were scheduled to play their first leg of the play-off on Sunday last week but following the refusal of the Tunisian Embassy to grant them flight to the country in Casablanca, Morocco, the first leg was postponed indefinitely by the organisers of the League, Confederation of Africa Football, CAF.

Al Ittihad was directed to okay their home matches away following political unrest in the country and they adopted Stade Mustapha Ben Jannet – Monastir (Tunisia) as their new home.

The overall winner of the two home-and-away matches will qualify for the group stage of the league.

The match which would be the 3rd time both teams are meeting will kick-off by 3:30pm, WAT.

In the previous two meetings, Enyimba defeated the Libyans and drew them away.