Football’s lawmakers, the International Football Association Bord, IFAB have rejected a proposal to increase halftime breaks to 25 minutes to provide the kind of entertainment that exists in US sports.

The request, which would have horrified conservativists, was recently made by the South American Football Confederation, CONMEBOL suggesting it would work for tournaments like the Copa Libertadores.

But the International FA Board threw out the idea at its annual business meeting where potential changes to the laws of the game were discussed.

“Several members shared their concerns, particularly regarding the potential negative impact on player welfare and safety resulting from a longer period of inactivity,” an IFAB statement said.

Law 7 of the game currently states “players are entitled to an interval at halftime, not exceeding 15 minutes.” 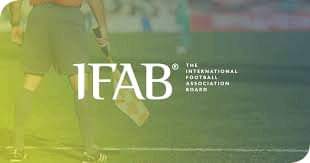 One innovation that could become permanent, however, is the use of five substitutions, introduced during the coronavirus pandemic. IFAB agreed that a final decision would be made at its main annual general meeting in March.

In May 2020, top-level competitions were given the choice to allow five replacements in a 90-minute game in order to help manage players’ health and workload adversely affected by Covid-created fixture congestion.

The interim rule now looks set to be written into the laws of the game.

Tags:
CONMEBOLHalftime BreakIFABInternational Football Association Board
« Aruna Quadris’s Historic World Table Tennis Championship Performance Ends At The Quarters
WTT Championship: I Gave My Heart And Soul, But It Was Not Meant To Be – Aruna Quadri »
Share