WTT Championship: I Gave My Heart And Soul, But It Was Not Meant To Be – Aruna Quadri

Aruna Quadri, Africa’s number one ranked tennis player have disclosed that he gave his “heart and soul” to reach the final of the ongoing 2021 World Table Tennis Championship in Houston, Texas, USA, www.bestchoicesports.com.ng can report

However, the Bundesliga Tennis League player expressed disappointment that he could not reach the target.

Quadri on Saturday became the first African tennis player to reach the World Table Tennis Championship quarter-final where he lost 4-2 to Sweden’s Truls Moregard in the quarter finals on Sunday morning.

The 13th seed on Friday saw off another Sweden’s Kristian Karlsson in the round of 16 to book a place in the last 8.

Reacting to the historic feat, the TTC RhönSprudel Maberzell Fulda player said despite losing out in the quarter-final, the future is bright for Nigerian and African tennis growth. 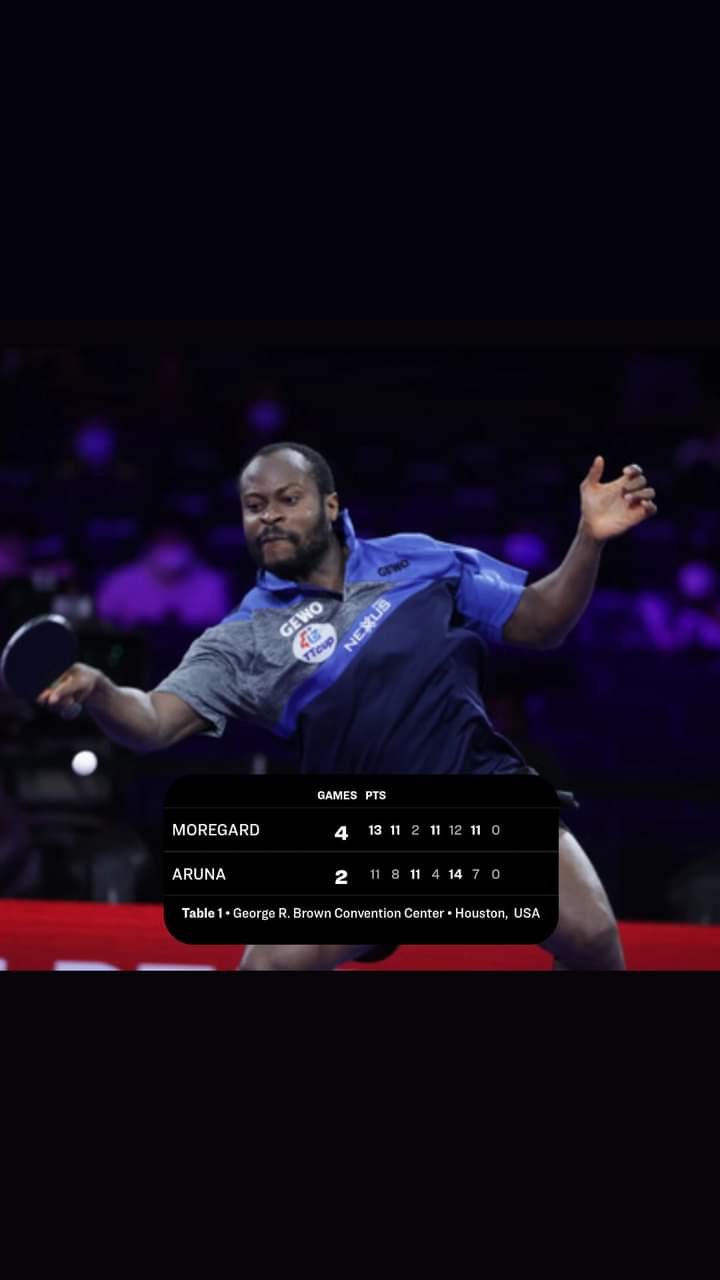 “I think I did very well,” Quadri responded when asked about his impression with his performance at the World Championship.

“I gave my heart and soul but the last match was not meant to be. Everything is ok.”

On what went wrong in his quarter-final match against Moregard, Quadri said that the loss of first two sets gave his opponent the upper hand

“These first two sets were very important and they made the difference but he played amazingly,” he told ITTF media.

On his feat as first African to reach the quarter-final, Quadri said it would motivate his fellow players in his country Nigeria and the African continent to do better than him.

“It will motivate them (other African tennis players). When Tori Ola got to Round 32 in the Olympics Games, it motivated a lot of us. So I was in quarter-final in Rio.

“Omar Assar, were motivated and excited. He did the same in Tokyo. Now what I did here, I am very sure, Omotayo or Iba or Omar Assar can even do better. We are all excited.

He described United States of America as a good country everyone would want to go to. “Everyone wants to be in America, it is a very good country. Playing here is amazing and almost everyone is happy to be here,” he stated.