The Nigeria Police showed dominance as the various states commands dominated the medals table at the maiden edition of the Inspector General of Police, IGP National Open Weightlifting Championship, www.bestchoicesports.com.ng can report

A break down of the medal chart indicates 8 gold, 10 silver and 8 bronze for the police force

The female lifters from the commands won 3 gold, 4 silver and 3 bronze making a total of 10 medals while their male counterpart won 4 gold, 6 silver and 5 bronze medal to dominate other agencies and states that took part in the championship.

Other states that took part in the championship which was held at the Gymnastics Indoor Hall of the Moshood Abiola National Stadium, Package B include Federal Capital Territory, FCT which was represented by lifters including 13 years old marvelous Ibe who won gold in the women 55kg. 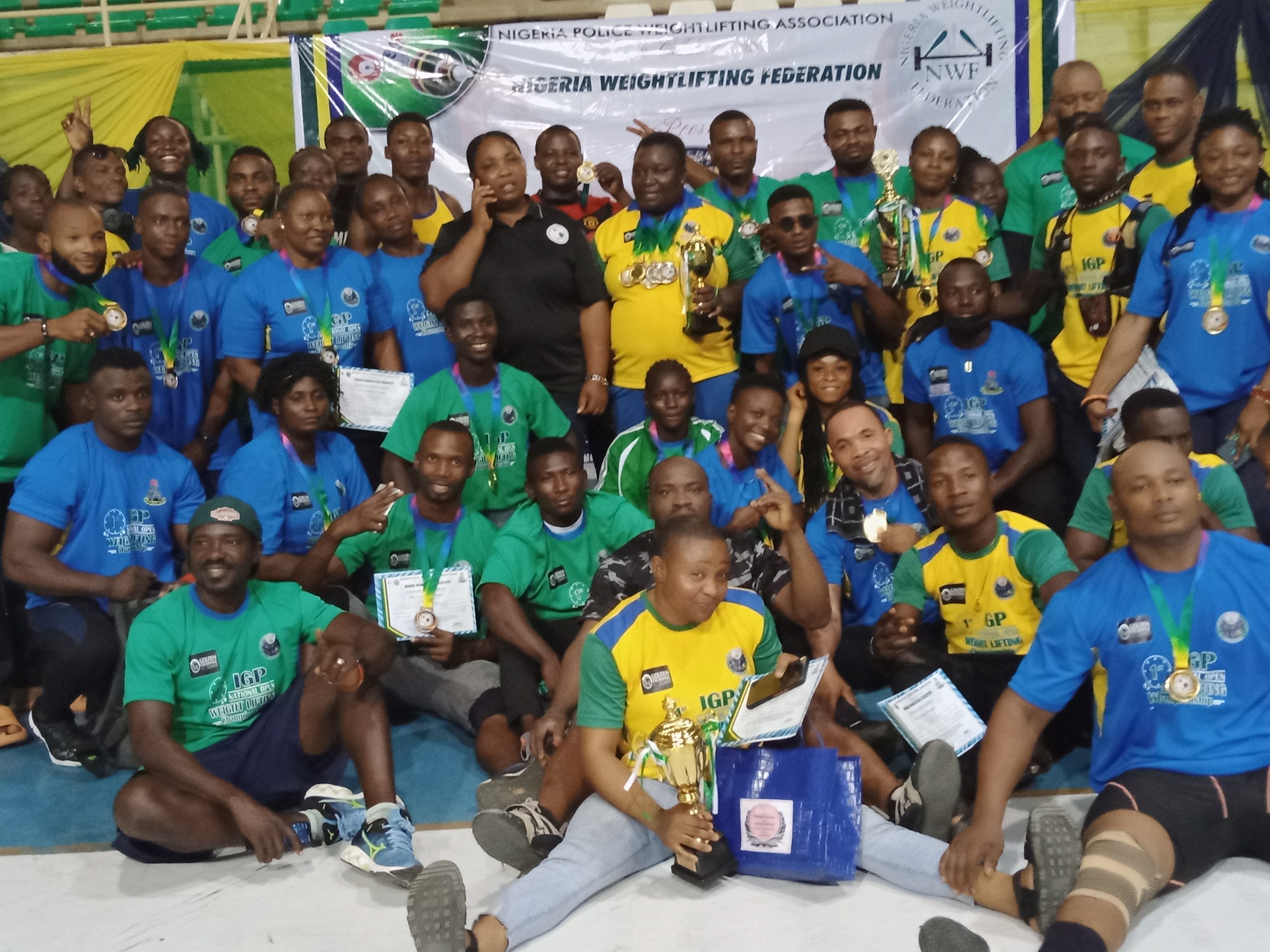 Lifters in group photograph after the competition non Friday in Abuja

In the 59kg category for women, Ihuoma Igwe from Rivers State Police Command who was the only lifter in the category, won gold.

The 64kg women category gold went to Victory Okeke of the FCT; silver was won by Aniefuna Awulika of the FRSC while Chukwuma Gladys of Lagos State Command won the bronze

The gold medal in 76kg for women went to Chinonso Aniebunwa from Lagos State Command while another police lifter, Abibatu Yusuf from Rivers State Command won the silver.

Lagos Command won gold in 81kg women category with Ifeanyi John who was the only lifter in that category.

The women +87Kg category medals were shared among Caroline Albert of Niger State who won gold; Uyi Sam of the FRSC went home with silver while bronze was won by Veronica Patrick of Kebbi State Command.

In the 55kg men category, Solomon John of the FCT took the gold medal; while silver and bronze were won by Soyelu Olakunle of Lagos Command and Akinyele Abimbola of Ekiti State Command, in that order. 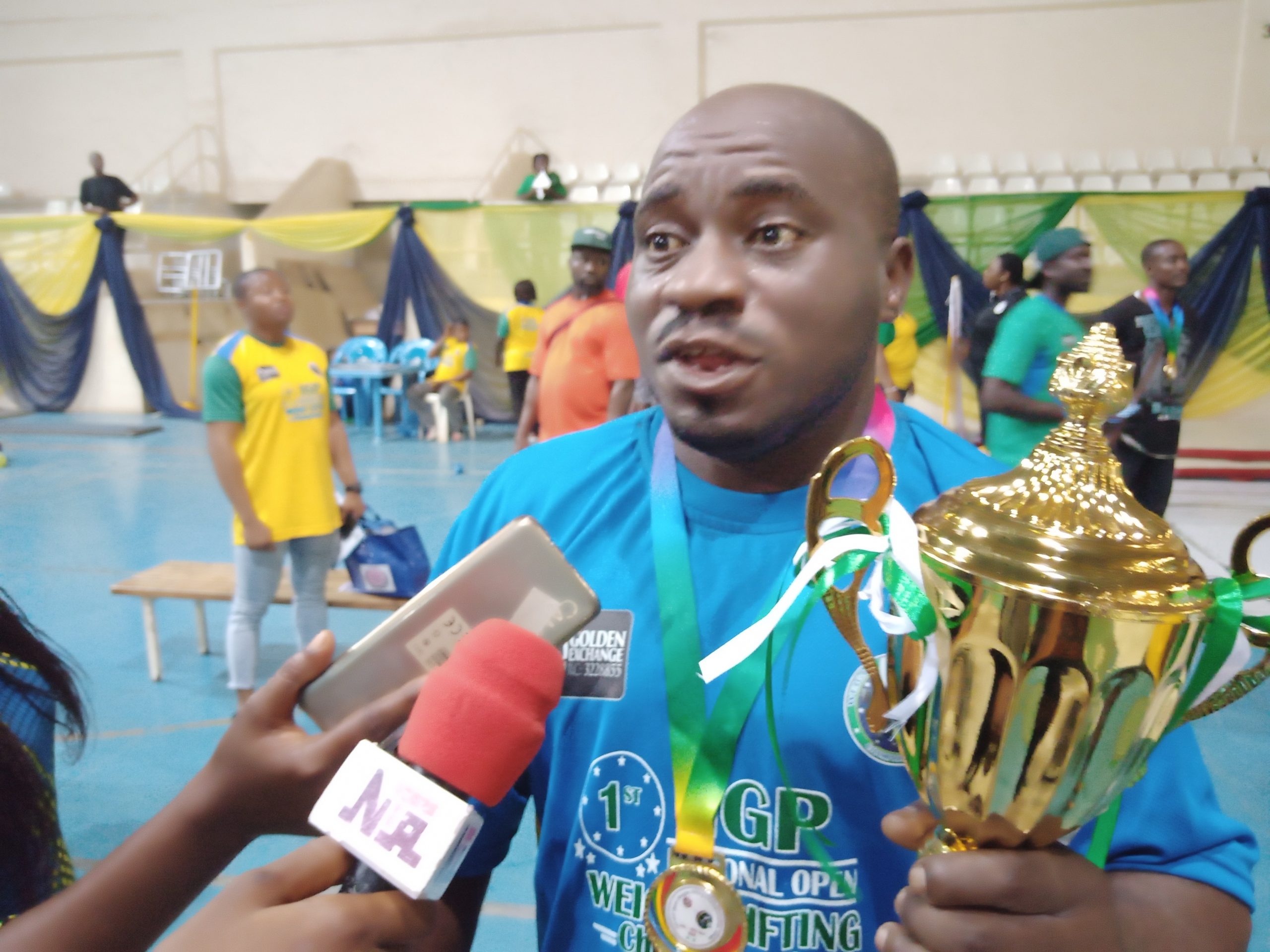 Raphael Adefemi is the overall winner of the championship

In other men category results, Inusa Mohammed from Rivers State won the 89kg gold medal while silver and bronze went to Victory Yusuf of Lagos Command and Jerry Bitrus of same command, respectively.

In declaring the championship closed, The Inspector General of Police, IGP Usman Akali Baba who was represented by the Deputy Commissioner of Police, DCP Patrick Atayero while thanking the states, commands and sister agencies for taking part in the event despite short notice, promised that the championship would be an annual competion.

On his part, the President, Nigeria Weightlifting Federation, NWF Dr Abdul Ibrahim thanked the Nigeria Police Force for hosting the first competition under the new board and promised that the federation will continue to synergise and partner with individuals, corporate bodies, governments and organisations in promoting the game if weightlifting in the country.